The comments shown below were provided by Jeff Gibbs, (PCCS Ret) Director, Regional Navy Mail Center, Norfolk, VA. How many of these Postal Clerks do you know?  Good luck to Shelia in her retirement.

Last week some of us attended the retirement ceremony for LSCM Sheila Wooden here in Norfolk. We were fortunate to share some time with some old Postal Clerks, some still in uniform, and some out of the uniform. It was great to see some old friends and catch up. 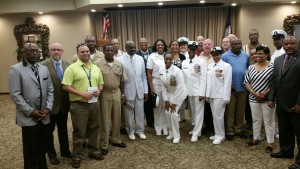 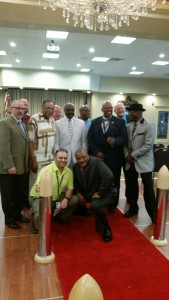 Mr. Gabe Telles is the Director, Navy Postal Operations at NAVSUP (Naval Supply Systems Command) located in Mechanicsburg, Pennsylvania.  Gabe is a retired U.S. Air Force Lt Colonel with years of experience in the Military Postal arena. Gabe, who is well known and respected throughout the Navy postal community, has worked with all branches of the Armed Services at the Joint Military Postal Activity-Pacific (JMPA-PAC) in LAX, and also in his 4 different positions at the Military Postal Service Agency. In addition he has had assignments to field postal operations in Korea (twice), Germany, Hawaii, the Pentagon, Alexandria, VA and Arlington, VA. His overall knowledge of military postal operations at the highest level coupled with familiarity with Navy Postal and Official Mail Operations serve him well in this position. Gabe possesses the necessary expertise and attributes needed to manage Navy Postal under the changing and challenging times Navy Postal faces. Providing quality postal support to Sailors aboard ships, and Sailors and family members at overseas shore-based facilities, will be the outcome.  There is also a Navy Official Mail Manager position.  Recently hired into this position was Mr. Chad Hartley, a U.S. Air Force Senior Master Sergeant who will be retiring from the Air Force in March 2016.  Chad has over 20 years overseas postal duties in the Pacific, European, and Southwest Asia Theaters of Operation.  In the photo below is Gabe Telles (left) and two past directors Tom Rittle (center) and our NPCA President, Al Hass 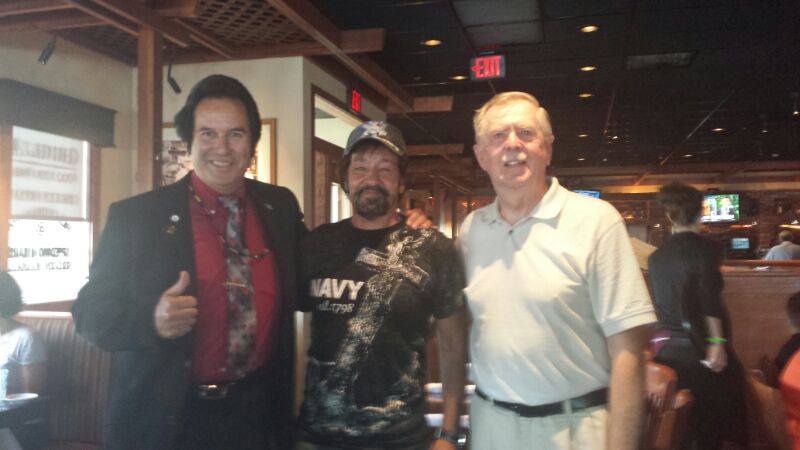